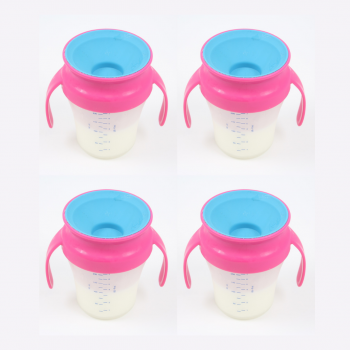 Though multiple national health organizations recommend against giving toddler milk – a nutrient-fortified drink for children ages 12 months to 3 years that often contains added sugars – to young children, a new study suggests Latino families may be at particularly high risk for purchasing the product.

The study from authors at UNC-Chapel Hill’s Gillings School of Global Public Health and the Carolina Population Center found that about half of parents they surveyed about the drink had previously purchased toddler milk and that Latino parents were not only more likely than non-Latino parents to report purchasing toddler milk, but they had also positive perceptions of its nutritional value.

These findings were published in “Toddler Milk Perceptions and Purchases: The Role of Latino Ethnicity,” in Public Health Nutrition on February 25, 2021. For this study, researchers analyzed results of an online survey that assessed toddler milk perceptions, behaviors and interpretations of nutrition-related claims among Latino and non-Latino parents. They found about half of parents (51%) had previously purchased toddler milk and few (11%) perceived toddler milk as unhealthy.

“Our study adds to the growing body of evidence that parents consider toddler milk to be healthy, and many believe it is healthier than regular milk. We also found that the claims present on toddler milk may be creating a health halo effect; whereby parents misinterpret a claim about a particular aspect of the product to mean that toddler milk is generally healthy,” says the paper’s lead author Emily Duffy, MPH, a doctoral student in nutrition at the Gillings School who is also part of the Global Food Research Project at UNC, which evaluates food and nutrition policies across the globe to develop in-depth, longitudinal research on large-scale obesity prevention efforts.

The American Academy of Pediatrics recommends breastmilk, water or cow’s milk for young children and explicitly advises against offering toddler milk, as it often contains added sugar and can displace more nutrient-dense foods key to the development of healthy eating habits.

“Despite these recommendations, the formula industry is drastically increasing their ad spending on toddler milk in the U.S. alongside a decrease in infant formula ad spending, and we have seen evidence of targeted marketing to Latino parents, such as Spanish language on packaging and large ad expenditures on Spanish-language TV,” says Marissa Hall, PhD, assistant professor of health behavior at the Gillings School and senior author of the paper.

The majority (57%) of parents surveyed who reported purchasing toddler milk listed “to provide nutrients” as a reason for buying the products.

“This raises the questions of whether parents who feed their children toddler milk are aware that children can receive sufficient nutrients from complimentary foods beverages that lack the harmful levels of added sugars in toddler milks, and whether parents who provide toddler milk face barriers, such as food insecurity, to providing sufficient nutrients from other food sources,” says coauthor Lindsey Smith Taillie, PhD, an assistant professor of nutrition at the Gillings School.